The older ones tell us that in Montes Blancos, Zaragoza, it was common to have shoots with 300 and 400 shotguns. There were queues of over 60 minutes to shoot a round…

…nowadays, the biggest shoots have about 150 / 175 shooters. On many weekends, the Spanish shooting ranges are almost empty, even on days when the sun doesn’t set until around 10 pm.

I have been involved in shooting now for seven years. Initially as a profession and now also as a hobby, I visit numerous shooting ranges, national and international, “small village” and “renowned” ones, with trenches and trails, created as a club or as a business.

In all of them a common denominator about the current situation of the sport can be seen. In short, “the sport of clay target shooting is in a vicious circle of continuous depression”. This “glorious” sport of the 80s and 90s is currently in free fall. Spanish clay target shooting lives on in the memories of the past.

The future, at the moment, is no more promising, clay target shooting is not high on the list of favourite sports of youngsters nowadays.

Shotguns are “abandoned”, licences are lost… in short, shooters are unlikely to return to the ranges.

o   The management model of a high percentage of shooting ranges is “amateur”. Very often, the range manager acts on a voluntary basis, the range is part of his leisure time. The range is their hobby. These ranges, managed in someone’s free time, are constantly disappearing as the manager decides to “retire”.

o   In addition, non-compliance with some of the legal requirements demanded of shooting ranges or social pressure from the environment is another reason why shooting ranges “lock their gates”.

The sector, both at sporting, business and federative level, is dispersed with no strategic plan for the future… which creates a cocktails that continues to add to the “deconfiguration” of the sport of clay target shooting.

Let’s face it, the world of clay target shooting is characterised by a downward spiral.

With a view to the future, two alternatives for the development of clay target shooting can be identified.

In this context, and looking to the future, we could draw two possible scenarios for target shooting.

Even if it means playing a being a futurist, one senses…

In short, even if this futuristic diagnosis were only 25% true, the “status quo” is not acceptable. It would mean the death of the sport.

If nothing is done, a “black” future is looming ahead of us, in which, in the medium term, the sport of clay target shooting (and everything that goes with it) will be part of the history books. Just as the sports of the Romans are today.

It is simply a need for survival, the hope for things to improve. We need to take measures to minimise the current “structural crisis” in which our sport finds itself.

All the agents that form part of this “circus” see the need for change, and some also see the windows of opportunity that clay target shooting is currently offering.

And this is how, motivated by both the responsibility of the moment and by the opportunity for improvement offered by the sport, manufacturers, dealers, sports technicians, clubs and the media, we should work together to “re-energise” the sector that “feeds us”.

I suggest creating a “participative working group to promote and develop clay target shooting”. A group that deploys actions that give new impetus to the world of shotgun shooting.

An association of companies that would create a different approach to the world of shooting, generating, firstly, a leisure alternative for the shooter and his environment, in which clay target shooting would be the backbone and, secondly, a positive economic impact for the industries that depend on this sport.

It would not be a question of substituting or absorbing any of the existing institutions (business associations, federations, hunting societies, etc.), but of providing a joint and integral response to the strengths and weaknesses that target shooting offers.

We could develop a collaborative project in which any agent hopeful of building a better future would have a place. In the future, the success of clay target shooting, in any of its disciplines, lies in the concurrence and interaction, in the same place and time, of different ideas and profiles; from both the world of industry and sportsmen and women, federations, public authorities, clubs and shooting ranges.

It would be about building an institution with the need to work “for and on behalf of” all the clay target shooting disciplines (with particular emphasis on the most popular ones), in a collaborative way with all the different levels and striving for self-financing of their activities.

It’s as simple as that, let’s try, among all the agents involved in clay target shooting, to promote it to reach a higher level of development of the sport, at least similar to that reached in the 80s and 90s. It is our duty and our goal.

PROPOSAL FOR MEASURES OF IMPROVEMENT

In order to make progress in this area, we believe that a series of improvement measures should be implemented based on the following lines of action:

The main areas on which to focus these improvements would be: 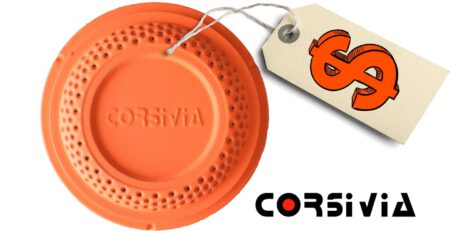 March 2022 marks two years since governments asked practically every European citizen to lockdown in their homes. From then until... read more

Who would have thought that our hunter ancestors were setting the precedent for our sport when they hunted for... read more

In defence of a fair economy

In the evenings, while I’m quietly having my dinner after a hectic day, I usually take a quick look... read more

BREXIT: LEARNING TOGETHER TO EXPORT TO THE UK

With the long transitional period, which was used to establish the terms of the UK’s withdrawal from the European... read more

There is a growing trend to give special importance to ecological and environmentally friendly behaviour in all areas of... read more 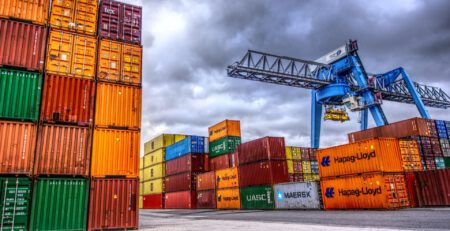 At Corsivia we have been manufacturing clay targets for shooting since 1974. We are the company in the sector with the most know-how... read more